LendIt is the first conference devoted completely to peer-to-peer and online lending. It will begin tomorrow (June 20th, 2013) in New York. Like most conferences there will be tons of keynote presentations, interactive panels, and educational workshops.

The presentation lineup looks very solid and includes the CEO of Lending Club as well as the head of global sales of Prosper. In addition there are some 32 speakers coming to the event from notable companies such as Funding Circle, SocietyOne, and RateSetter. It would be nothing short of a blast to hear what these people have to say on peer-to-peer lending. Not only are there people from online lending sites speaking but there are representatives from investment groups as well. Ryan had mentioned previously that investment groups are getting in on peer-to-peer lending and it would be very interesting to hear what they have to say too.

The list of workshops is short but covers a huge range of topics. Although by far the least beneficial to knowledge growth the “Online Borrower Success Stories” sounds like the most interesting to me. I’ve done a good deal of research on lending strategies and frequent sites dedicated to the topic. The focus on peer-to-peer lending is 99% of the time on the great returns you can make and rarely on the family that the loan is going to. I think it would be inspiring to hear how a peer-to-peer loan saved a family when a bank (or other organization) wouldn’t give one to them. That’s one of my favorite aspects of peer-to-peer lending.

The conference has an official twitter account @LendItConf and an official hashtag of LendIt2013. I plan on following the #LendIt2013 tag on Twitter at least moderately closely tomorrow to see if it’s as awesome and people say it will be. 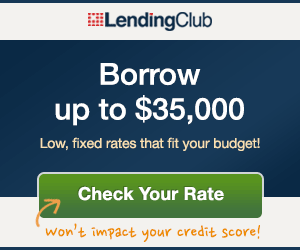